The Beatles, My Children, and Me (Scenes from Parsonage Living) 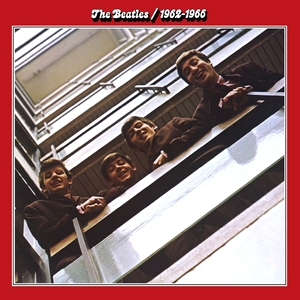 I knew this moment would come. There were indications on the horizon for some time. At first, they watched the “musical” television shows like American Idol and more importantly “Glee.” There, attractive young people danced and sang all sorts of songs they’d never heard before. While wrestling with broken hearts and an evil cheerleading coach, they sang the music of the Beatles, Bob Dylan, and others. Here’s where I should tell you the “they” are my daughters. In the days before Glee, they wouldn’t be caught dead listening to the Beatles, especially in the car with me.

Then it happened. A few months ago, I heard music coming from their bedrooms. It sounded like they were listening to the Beatles.   I asked Mary, “Are they listening to the Beatles?”  Snippets of “Come Together” emerged from beneath the door and between blasts of the hair dryer. Could it be that our children were developing their own tastes in music, that mirrored our own, and they didn’t tell us about it? I wanted them to sit with us on the couch, ask about the Cavern Club or the band’s early days in Liverpool. Who simply begins listening to the Beatles? The Beatles are like John’s gospel. No one jumps right in.  Everything is really a long prologue that leads to the White Album.

Yesterday, it finally turned weird. Our twenty-year-old daughter walked in the door. She’d returned from the post office bearing a package.  With the grace of Indiana Jones removing a statue, she presented us her treasure. It was a reproduction of the 1962-1966 Red Album from the Beatles. Did we want to go back to her room and listen to “Ticket to Ride”? No. I had punched that ticket. It had been a hard days night, and I felt fine.

I am officially old. My children are impressed with reproductions of albums initially released the year before I was born.   Sometimes I think they believe the Beatles were discovered under a rock in Cleveland somewhere about 2002.

I don’t look forward to the day they discover the 1980’s. That was awful when I lived through it. If they find some the garbage still waiting to be rediscovered, go ahead and put me in the home.

View all posts by richardlowellbryant

One thought on “The Beatles, My Children, and Me (Scenes from Parsonage Living)”

SHINE OF A LUCID BEING

Astral Lucid Music - Philosophy On Life, The Universe And Everything...